American Indian students begin to understand who they are in the vastness of the universe.  I went into a ceremony as a young man and witnessed the humility exuded by the conductor of the ceremony.  Humility in American Indian culture is presented many ways in one’s life time.  In this ceremony the spiritual leader welcomed any the spirits and introduced his self as the humble being asking for forgiveness for being so forward.  I saw him explain to the creation how insignificant he was, a small being to be understood.  As a teenager this put into my spiritual perspective the greatness that surrounded me, a vast universe, and a vast cosmos!  The spiritual leader referred to his self as most likely the least important even insignificant on this earth.  I felt humbled by the ceremony.  I am grateful to have experienced that profound feeling over and over throughout my life.

I have read over the years why that spiritual leader did what he did in others’ writings.  Writers conveyed who we are in the mix of life on earth as the “good beings.”  Perhaps one the clearest illustration of our place in life is written in the introduction of the late Basil Johnston’s book Manitous The Spiritual World of the Ojibway.  The Anishinabe or the “good beings,” throughout history experienced humbleness as I did; today teaching this to Middle School students has been my honor.

Standing in front of class I explain how approaching the area of a red willow stand early in the morning with humbleness I offer a gift of asemaa (tobacco) to the spirit world for what I was about to take.  The red willow sticks in front of each student would produce asemaa (tobacco). Students would make it by scraping off the top layer of red bark and then scraping the second layer and that would be the asemaa (tobacco).  To help students to understand there is a unique story in Edward Benton-Banai’s book The Mishomis Book The Voice of the Ojibway who writes the story of the gifts of the four directions.  Asemaa (tobacco) is the first medicine.

The social atmosphere of the classroom is rewarding.  Student questions abound and eyes and ears want to know the more of our culture and small glimmers of humility can be seen when I look very close.

Basil Johnston’s book Manitous The Spiritual World of the Ojibway 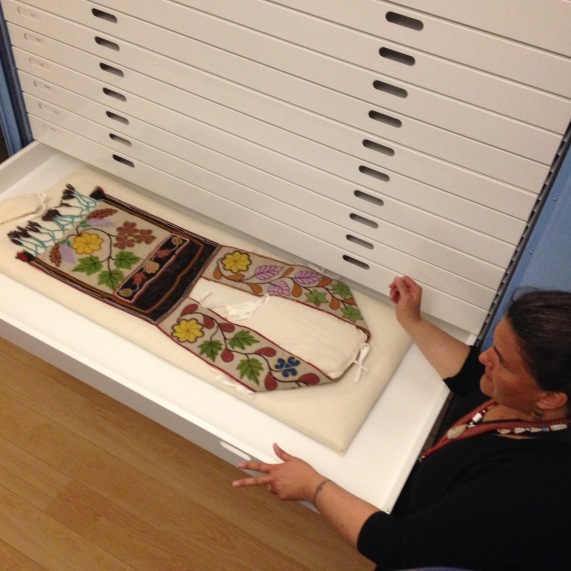 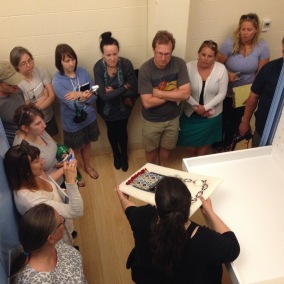 In the collections at Mille Lacs Indian Museum. 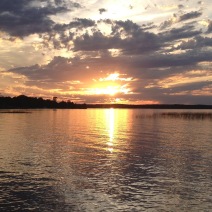 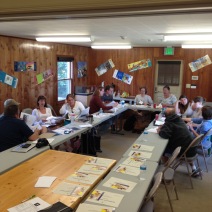